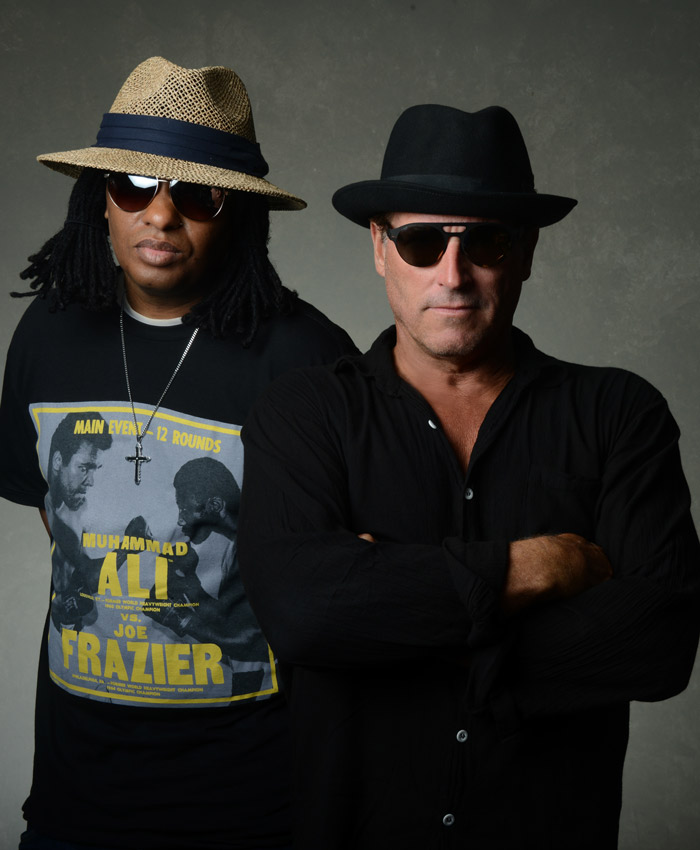 Evolution Beat’s fusion of pop and contemporary ska began in the Ventura County/LA underground, where Garrett Stevens built a strong following as the main songwriter, vocalist and guitarist in the band, ElevatorSka (and a history of other SoCal bands) prior to teaming up with producer and studio musician, Kerwin “Skooter” Williams. Williams has worked with artists such as Snoop Dogg and on notable television and film scores, while also in demand for his talents as a session bassist. The duo formalized their partnership in early 2013 when Stevens and Williams co-wrote the radio single “Love Me More,” at the same time creating a new sound that neither of their former bands had previously produced. The resulting track, Evolution Beat’s poppy-dance infused single, will be released to national  Top 40 and Hot AC radio, as well as for sale digitally at the same time. A video for the single is in pre-production and the band is currently in the studio, putting the final touches on their forthcoming 5-song EP, which will be released on Golden Planet Records.